Cotswold Wargaming Day - It's Back!

So, it's time at last to schedule the post-covid Cotswold Wargaming Day. This year it will be a little later than in 2019, and is currently planned for Sunday 3rd October 2021. Venue is the same as in previous years:
Westwoods Community Centre
Bassett Road
Northleach GL54 3QJ 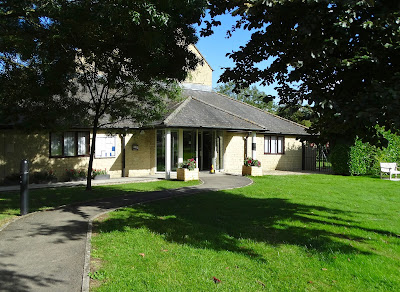 I'm hoping to be able to accommodate a few more than in 2019 (we had 30 of us that year), but at the moment the centre is opening for a maximum of 30 people. By October that should have improved. If you're not already on the mailing list, contact me via the comments section if you are interested in attending or putting on a game.
There will be the usual facilities (kitchen area, free tea, coffee and biscuits), and the usual prize giving for various categories of achievement. Car parking is free and plentiful. This is an all-day event from around 08.30 to around 17.00 - the caretaker is very flexible. The normal £5 voluntary contribution to cover costs is requested.
I am hoping the day will not clash with other covid-delayed events - I know that The Other Partizan has been re-scheduled for the following Sunday. I'll certainly be trying to do both!

To conclude, just a little bit of eye candy to remind us of our lost friend Stuart Asquith, who lived in Northleach until his untimely death in 2019, not long after attending the show which he had inspired. These are a couple of photos of his collection of Suren 30mm figures. 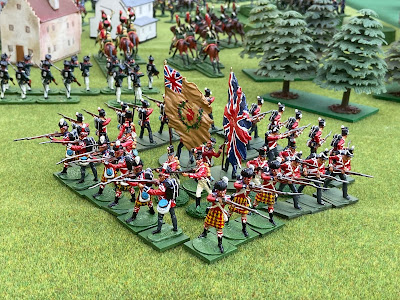 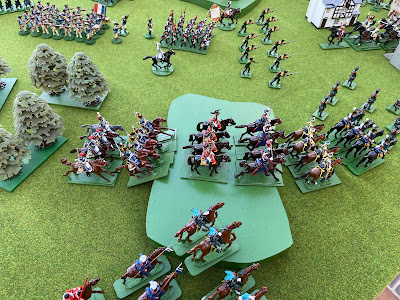 So, fingers crossed and we will have a lovely day of relaxed wargaming, meeting old friends and making new ones. Hope to see you there!
Posted by Keith Flint at 17:41 20 comments:

So it looks like you lucky wargamers will have three (I say again, 3) new Napoleonic rule books coming your way in the next month or so. The even better news is that they serve different preferences for game type, so there's no need to worry about choosing. You can just buy all three!

At the skirmish end, there's the Napoleonic supplement for the well-regarded Muskets and Tomahawks FIW rules. The supplement is called Shakos and Bayonets: 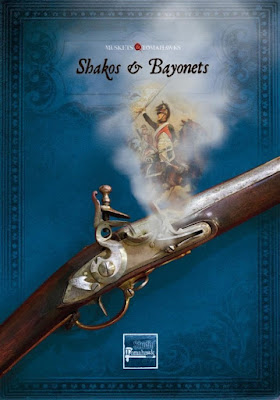 Of course, the solid middle ground (the product for those discerning wargamers who prefer the 'classic' game) is covered by Shadow of the Eagles. Should be on sale in a week or two: 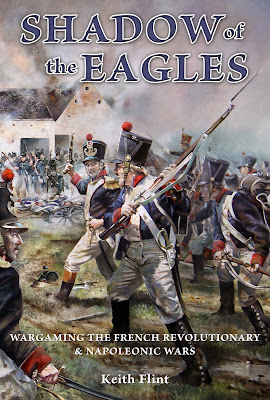 And at the 'big battle' end, we have Absolute Emperor from Osprey. It's good to have another book in the Osprey Wargames series that takes on an historical subject, and the author should be congratulated in fitting a set of Napoleonic rules into a 64 page book costing £12.99: 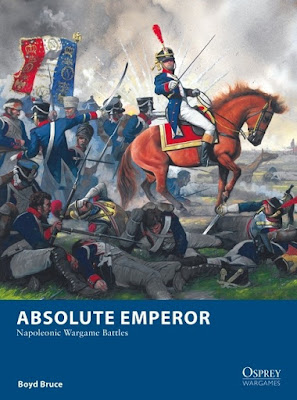 Calling All Grognards
So, instead of asking "Does the wargaming world really need a new Napoleonic rulebook?", certain people will now be asking "Does the wargaming world really need three new Napoleonic rulebooks?".
The answer, of course, is "Yes". The question was answered way back in 1962 by Donald Featherstone, who wrote in War Games, 'there are almost as many rule books as there are wargamers'. Our hobby is made up of a collection of individuals - or in other words, this is a bottom-up hobby. We create it for ourselves. People who want to write some rules go ahead and do it, and in the digital world they can throw their hat in the ring and see if other people will like (and buy) their work.
Worried about the fragmentation of the hobby? Well, news just in, the hobby has always been fragmented. That is its nature. It's nothing new. So revel in the choice available. No matter how many rule books are out there, you will quickly find your group of friends or your club will settle on 2 or 3, and you can (or should) enjoy comparing and contrasting the games you have with them. Who knows, you might even settle on just one. For a while.
And so of course, in a year or two, Shadow of the Eagles will probably be forgotten and the next new rule book will be on the market. C'est la vie. Why did I write a set of Napoleonic rules? Because it was fun, and I enjoyed doing it, and I enjoyed the process of bringing it to market and seeing it commercially published. I have a feeling that most rule books come into existence for the same or similar reasons.
And, I have a copy of Absolute Emperor on order. I'll probably never play a game, but I'll enjoy seeing how the author solved his particular set of challenges. And my knowledge and enjoyment of the hobby will be enhanced. So there.
Rant over - 'til next time!
Posted by Keith Flint at 19:57 10 comments: