I wonder how many wargamers of a certain age started off with Airfix figures, and at the same time built their modelling skills with Airfix construction kits? Well, that was certainly me. In the late 60s (I was 10 in 1967) I was obsessed with building Airfix kits. The new releases were a constant source of delight and making them took up a lot of my time. My standards of finishing were generally low, and improved only slowly. It's hard to say when the obsession tailed off, but let's say by about 1974 it was mostly over. By then I had started to discover wargaming.

These days I don't do much painting or modelling. I've got the armies I want, and building up more (particularly, for example, building some sort of Napoleonic collection) is far too daunting in money and time to even consider. But about a year ago I got the itch to go back in time and build an Airfix kit or two. After some lightweight reflection I agreed with myself what the project would entail:
And so it began. Visiting local model and toy shops in Gloucester, Stroud and Witney produced the first 3 kits, all modern Airfix. The actual first was a Curtiss Tomahawk, filling the role of British fighter. Here were the project rules in action - the plane is of course American in origin, but the British version was on offer in the shop and I chose it over the obvious alternatives of Spitfire and Hurricane just because, at that moment, it took my fancy. Just like a 10 year old. The other 2, bought in different shops at different times, were a Bf-109 and a Zero. 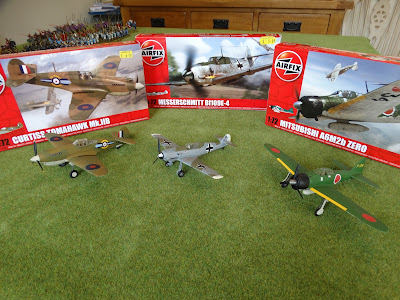 I was knocked out by the quality of the kits. They went together like a dream, with hardly any cleaning up of parts and certainly no filling of joints needed. The transfers (should that be decals?) also went on beautifully. A coat of matt varnish finished these guys off nicely. I was a happy modeller.

Time for more enjoyable browsing in real model shops, this time Cirencester and Bourton-on-the-Water. By coincidence, the Russian and U.S. slots were both filled by Revell kits, both once again purchased on the principle of what was on the shelves and took my fancy. The Yak-3 was definitely a small kit in a big box, but again a pleasure to build: 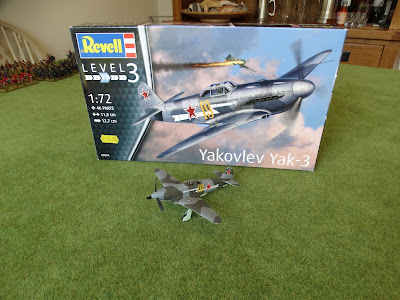 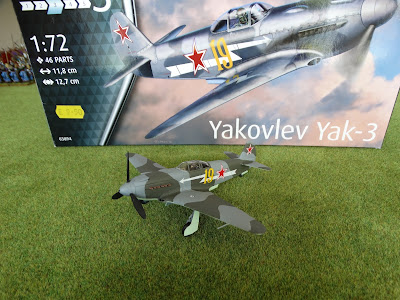 The Vought Corsair was my other choice: 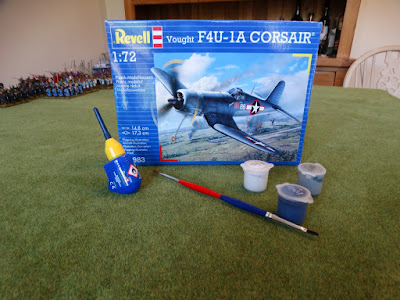 Yes, one of those crazy new-fangled starter sets. My challenge is to finish it using the paints and crappy brush provided. But those of you still awake will see the Corsair remains unbuilt. This was due to the project taking a crazy, left field direction before it was finished. I decided the project would not be complete without an original kit from my glory days, from the period known among modellers as the Airfix 'Golden Age' - which according to my Airfix book was 1952-1981. 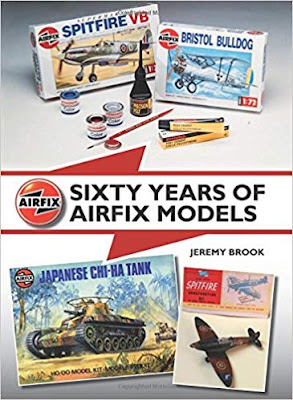 Obtaining a kit from the late 60s/early 70s would of course mean going online, but what the hell. The choice of old kits is pretty good and prices are mostly reasonable. I settled in the end for a model of the Westland Whirlwind which I remembered fondly from childhood days. I was genuinely thrilled to handle one of the old-fashioned 'bagged' kits again. What a nerd! I'll let the photos tell the story: 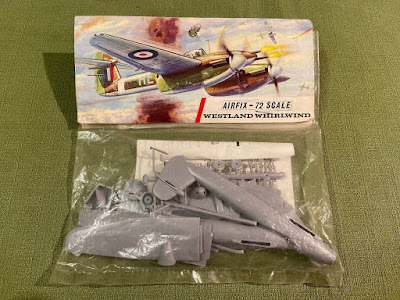 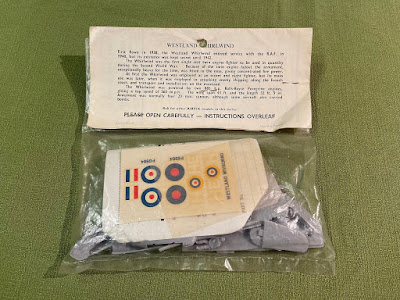 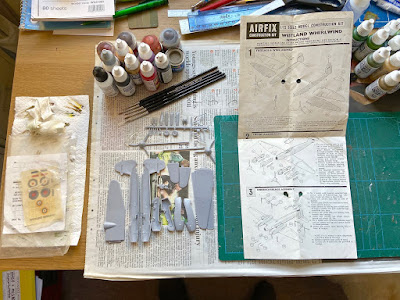 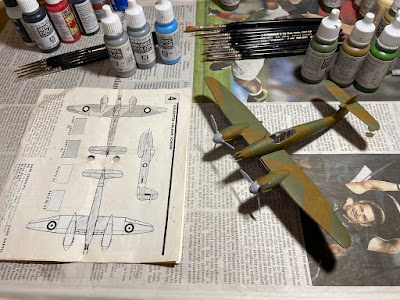 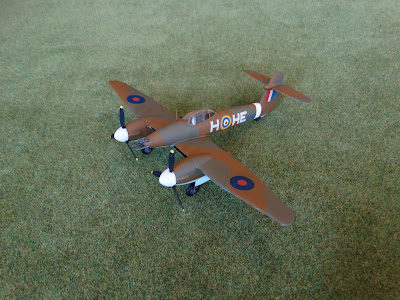 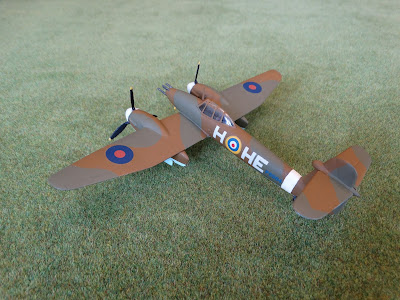 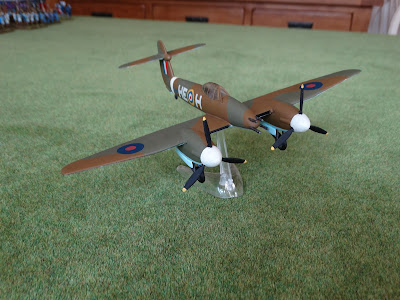 I was certain the transfers (OK, decals) would be useless after about 50 years in the bag, but actually they worked OK with careful handling (and about 4 coats of Microsol). And once again I refused to enhance the kit or even use filler. Just build it and paint it. And keep the packaging of course. There was no way those instructions or even the plastic bag were going in the bin.

Apart from the kits, this was a cheap project. I didn't buy any new paints or tools, and any paint colours I didn't have were mixed from what I did have, just like the old days. Although I was using Vallejo acrylics rather than Airfix or Humbrol enamels.

So there we are. Another project conceived, planned and executed - they call me Mr Finisher round these parts. And all tremendous fun. It really was as satisfying and relaxing a project as I had hoped it would be

Well, there is the Corsair to build. And I inherited an Airfix kit of a Mk.VI Light Tank from Stuart Asquith, which he was giving away to a good home at the last Cotswold Wargaming Day. That's under construction at the moment. I also have a terrible desire to order another 1960s kit or two - maybe a bomber like a Heinkel 111 or a Wellington. But it's time to resist - money and shelf space are limited.

Good Luck everyone. 'Til next time!