Once again yesterday I made my way to this great show. This year I was lucky enough to be part of a WW2 demonstration game set up by my friend Steve J, which meant I would also be meeting up with some wargaming buddies that I hadn't seen for a while. The game was in 15mm and was set on the Eastern Front in 1944, with the Germans counter-attacking a Soviet bridgehead across the Vistula.

As one would expect with Steve, the game turned out to be well planned and the terrain a pleasure to fight over. Unfortunately the German players (one of whom was me) failed to break through the Soviet defences and were judged to have lost. Nevertheless a great day was had by all 5 of us, with plenty of the obligatory banter to keep things rolling along nicely. One doesn't want to take this wargaming thing too seriously!

As for the show itself, I found it as good, if not better, than ever. All 3 floors were full of people enjoying the large number of demonstration and participation games, in addition to which the trade stands area had been expanded and was full of new products. Perhaps the only drawback of being involved in a demo game is that time to see other games and give the trade stands a really good look over is limited.

I took a few photos of games that appealed to my personal tastes - there will be better and more comprehensive photos on other blogs and sites, I am sure. The standard of many of the demo games was mind-bogglingly high, providing great visual appeal and also inspiration to visiting gamers, which is what you want from a show.

These few photos do no justice to the number and variety of quality demonstration games on display. The number of innovative and good looking participation games was also impressive. The time and effort which had obviously been put into some of these games, of both types, was amazing.

All in all, a great day out  and I can't recommend this show highly enough - the nicest venue currently in use, playing host to one of the biggest and most thriving shows out there. Congratulations to the Newbury & Reading Wargames Society on another great success.
Posted by Keith Flint at 10:49 5 comments: 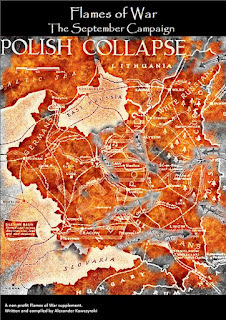 Thanks also to Steve J for letting me know about this.
Posted by Keith Flint at 11:18 1 comment: