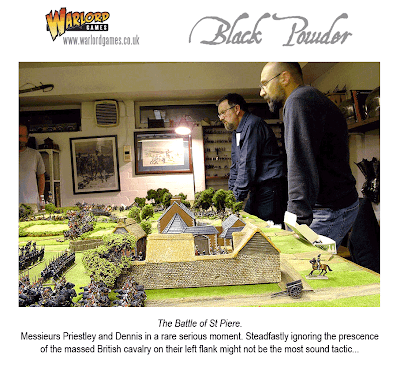 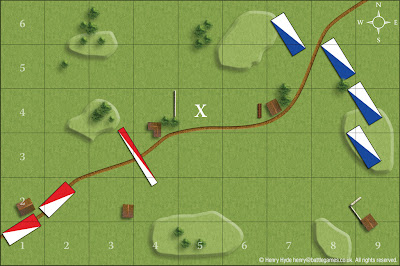 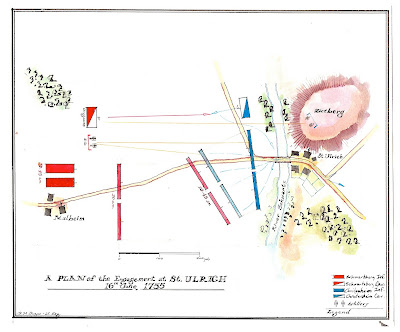 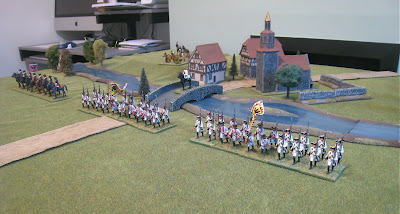 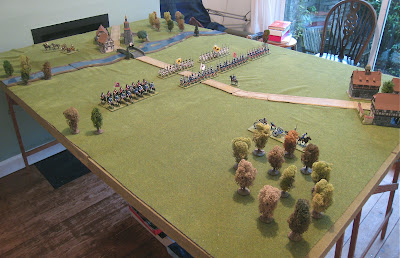 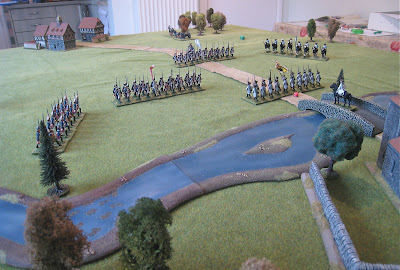 I've made very similar changes to the Brigade morale rules.
The main driver was a quest for longer games, through accommodating smaller formations is also welcome.

Like many, my opponent and I were dubious about elements of Black Powder.
"Free and easy formation changes!! March THEN shoot!! This is heresy - harumph.
The first game showed a flexible and workable system with one problem.
The little toy soldiers were prone to marching off when the battle was about to get started.

We had brigades of four battalions, so either four or six hits (Easily accomplished with the artillery dice gods on your side) would shake a brigade.
A bit more staying power certainly seems in tune with the carnage of battles like Eylau, Borodino, and Waterloo.

Finally, brigade morale can be tweaked on a per-army basis to create asymmetric scenarios.
Those peninsula French marching hard to break out of a Spanish ambush might fight to the last battalion.
Some of the brigades from the wars of the French revolution seemed content to pack up and go home at the drop of a bicorne.

It's a toolkit - used wisely you can build a lot of fun.

Thank you for posting this. I enjoy games with 7 - 12 units (battalions - inf/regiments - cav/batteries art), so this makes BP much more usable for me solo.