Twas The Game Before Christmas...

With some leave booked in the days before Christmas, there was time on Christmas Eve eve (i.e. the 23rd) for a last game before the big day. My old friend Paul was once again able to make the trip across from Bristol.


I'm grabbing all the opportunities I can to playtest Honours of War, so SYW it was. I worked up a quick scenario using some nations I don't normally play - the Prussians would attack, but the defenders would be the Reichsarmee, with their French allies providing a flanking force.

The map shows the Reichsarmee forces in position defending a town and its 2 river crossings. The Prussian force is attacking them, but the Reichsarmee's French allies have performed an outflanking march and hope to catch the Prussians off guard.

The French dice to arrive (by brigade) from the beginning of move 3. Each brigade must roll 4 or more to arrive. Arriving brigades are deployed at the table edge with all units in march column. They then dice for move initiative as normal and can move in their arrival turn. Any brigade failing to arrive tries again next turn, adding 1 to the roll each turn. Once a French brigade has arrived, all allied initiative rolls use the French modifiers.
The Prussians must stay east of a line from the edge of the wood to the western edge of the marshes until some French appear.
The town is formed of 2 built up area templates. Loss of both loses the defenders 1 army break point.

The Game In Pictures 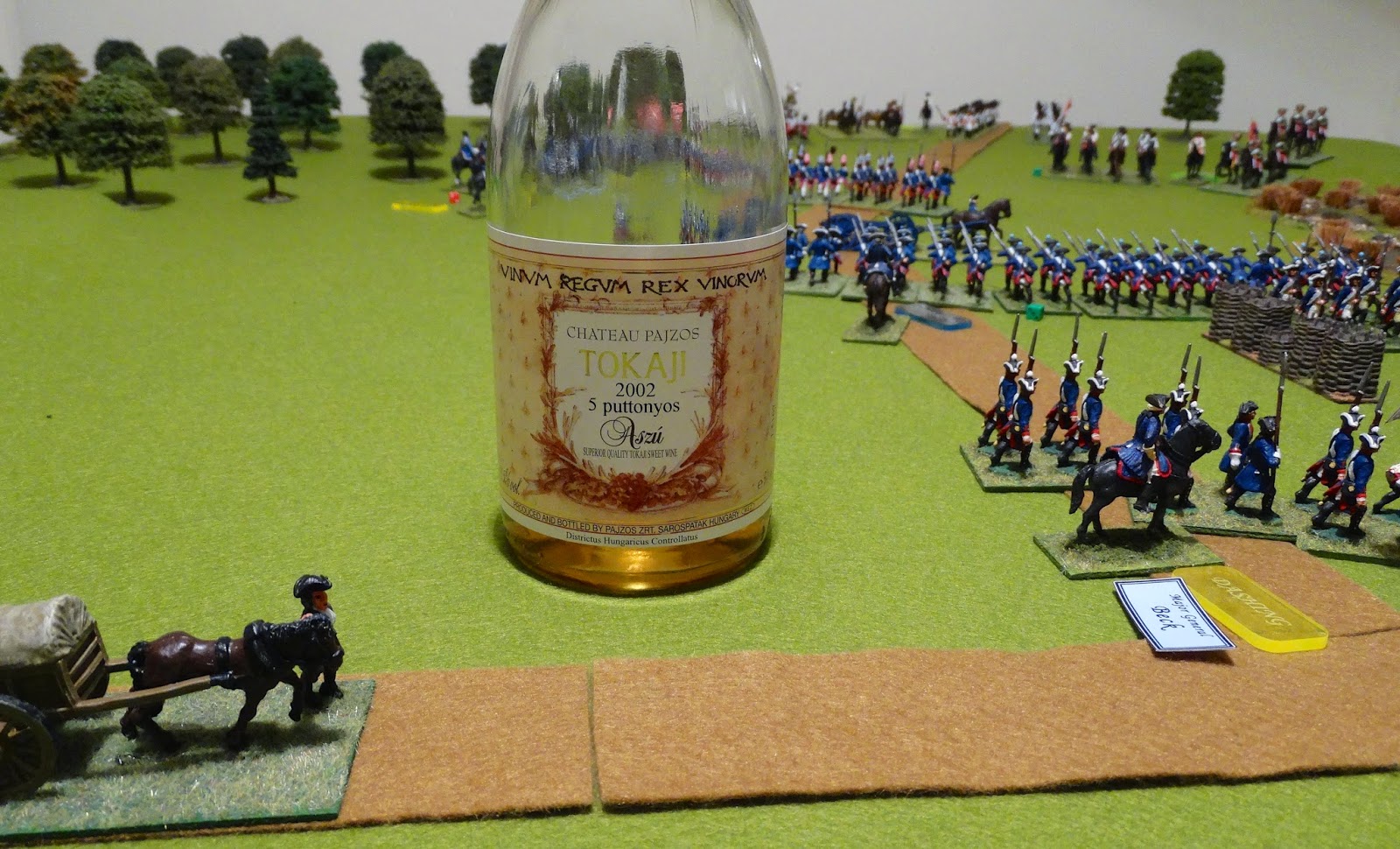 Those who know the period will be aware that the Austrian generals' favourite tipple was Hungarian Tokay. I am particularly fond of the following quote from Duffy's By Force Of Arms, regarding the behaviour of Field Marshall Daun:

Verri claims to have seen Daun on a particularly hot day without hat or wig, and enjoying a huge cup of iced lemon sorbet, whilst the first gentlemen and leading gentlemen and officers stood about him. After the sorbet Daun addressed a carafe of Tokay, and at no stage thought of offering anything to anyone else. (p.191).

This year I finally got around to acquiring a few bottles of this lovely stuff, and we opened the first one to accompany the game. Personally, I'm with FM Daun - I wouldn't share this stuff if I didn't have to! These days it's generally described as a dessert wine, but it has a wonderful flavour and is not too syrupy or sweet to be enjoyed at any time. I would say something about the fine golden colour, but by the time I got around to photographing the bottle most of it had gone, as you see. Never mind, 2 more bottles still available for Christmas Day. A fine treat if you can get hold of some.

And so it only remains to wish all readers a very merry Christmas. See you in the New Year!
Posted by Keith Flint at 19:05 4 comments: 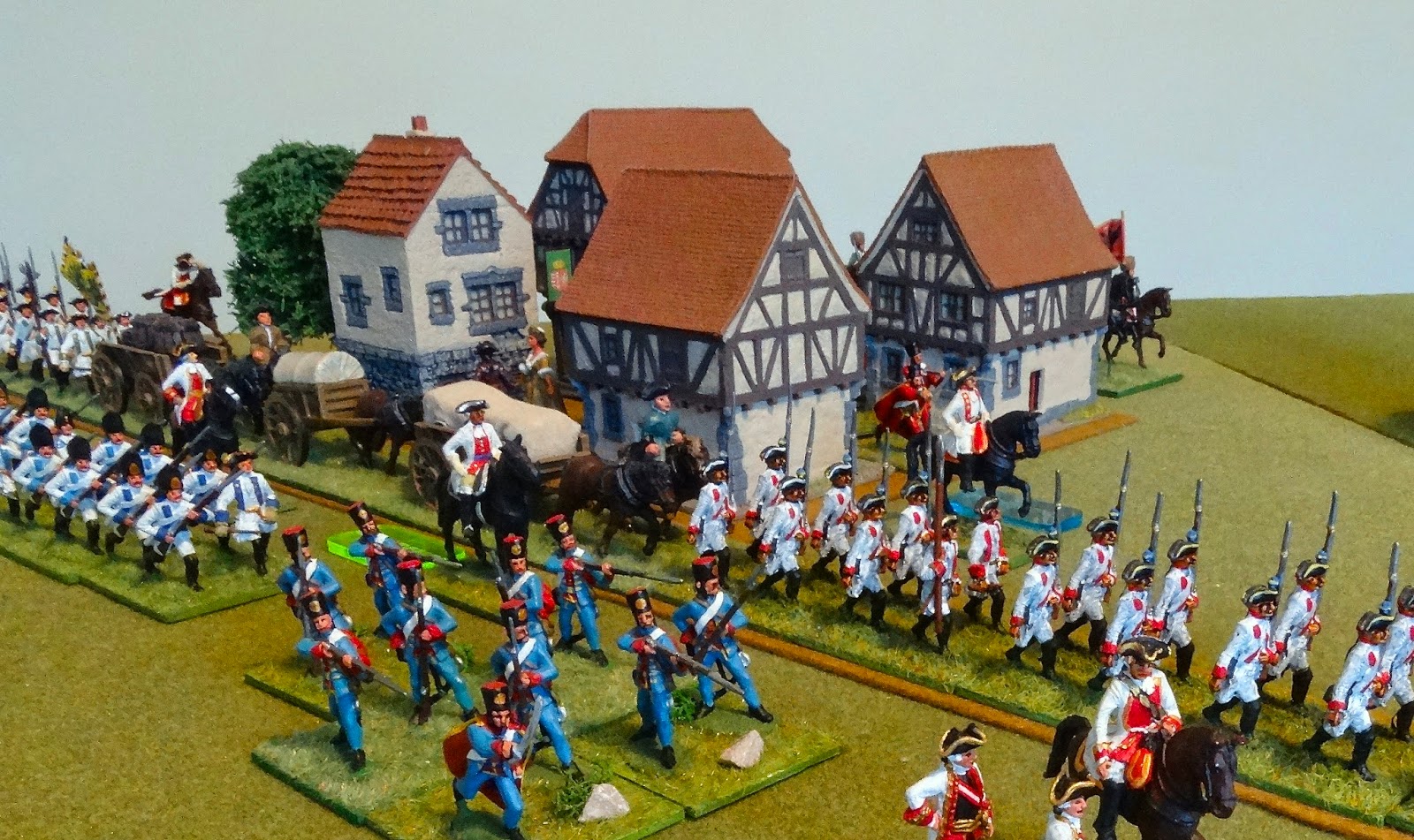 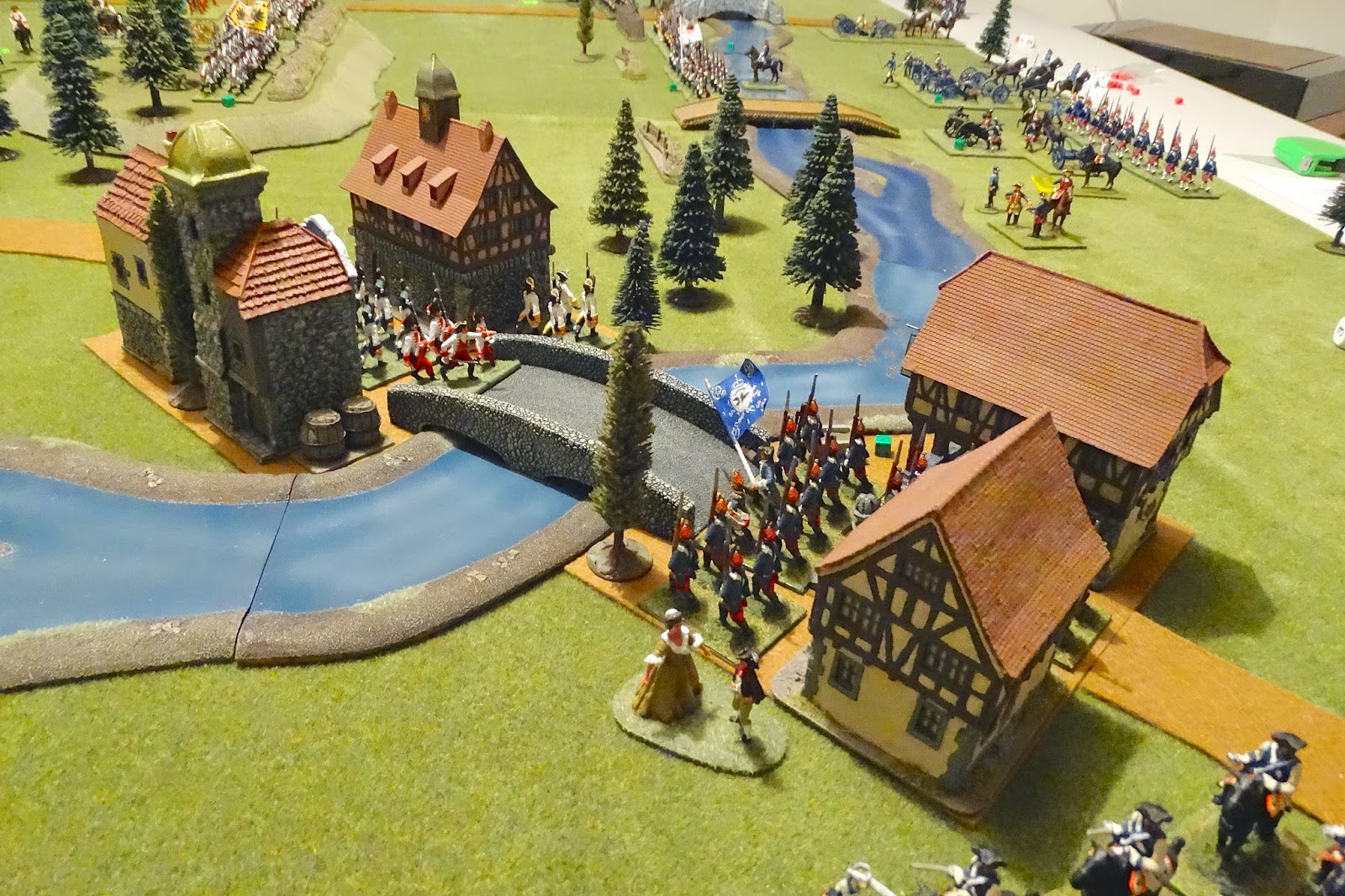