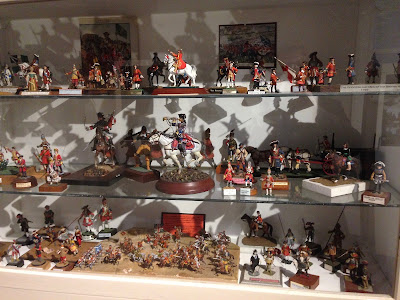 Thanks for bringing this to my attention, as I never knew this model existed. The link is very useful as you get an idea of how large it is, with both Messrs Wesencraft and Chandler next to it. A good excuse to visit one day.

Thanks or posting this; Blenheim is a treasure.

Lovely thanks for the photos.

I have been working up my own Baccus armies for Blenheim but they don't look as good as these. One year is impressive; my project has taken five and is still not complete although the last of the infantry will be finished this week.

Interesting your comments. I’m not a player but an ex Neighbourgh of Charlie who has had the privilege to see him in action with his models and writing books. He is indeed a remarkable humble individual.