Wargamers - what can you do with them? I like to tell myself I'm hot on historical detail and historical knowledge - 'know your period', is my watchword. And so I'm well aware that the 1939 Polish campaign was mostly about infantry battles, especially on the Polish side. But the wargamer in me can't resist setting up those tanks.

I also love to use the scenarios of Steve Jones, which are regularly published in Miniature Wargames. The one I am using here was called 'Threemen's Farm' (MW390). It was based on the Battle of Freeman's Farm during the American War of Independence, but examples were given for three different wargames periods. In the WW2 period, Steve featured the 1939 campaign, and gave infantry forces for both sides. I quickly decided to dump this sensible idea and go for an unhistorical armoured dust-up between the battlegroups that have featured in the last 2 posts on this blog.

The map from the article is shown below - once again, many thanks to Henry Hyde for letting me use it. The arrival sectors for the various forces (see below) are indicated, and the deployment area for the Blue Light Force is shown. The table I used was 6' x 5', so I had a bit more depth to play over than the original setup.


Points values for the forces given below are approximate, especially for the Polish motorised brigade which does not feature in the army lists for Battlegroup Blitzkrieg. For these guys I have developed my own organisation and guessed the points. The Battle Rating (BR) values are also my own best guess. I have only given details of actual troops where they differ from the Battlegroup Blitzkrieg army lists. Special rules are in italics.

Arrival Schedule
The Light Force is deployed on table at game start, in the woods as shown on the map. The Main Force arrives on move 1. The Reserve Force arrives once the Poles have lost 2 units. This latter is a new method for me to decide arrival, but seems an interesting suggestion by Steve, so I decided to try it. I presume it represents off-table forces responding to the sounds of battle and/or calls for help from the leading units. Arrival sectors for the Main Force and Reserve are shown on the map.

Arrival Schedule
The Centre and Right Wing arrive on move 1. The Left Wing arrives when the Germans have lost 2 units. Arrival sectors are shown on the map.

The Germans have the best tanks and more infantry in their infantry platoon, so they don't get any off-table mortars in order to keep things roughly even. Their Forward Signals truck is therefore redundant, but I kept it in for the hell of it. BGB players will note the engagement is towards the lower end of the points band for a platoon level game. This should keep everything quick and simple, and fits in with the forces used by Steve in his article, which are fairly modest as well.

De-Brief
I expected the Poles to have the worst of it, but they triumphed in the end. This was partly due to some lucky die rolls, but more particularly they drew a few favourable Special Counters which helped them immensely. The airstrike they received was very effective against some German infantry in the open, and a mine strike card concluded the game when the German re-supply truck was destroyed, and left the 2 remaining Panzers out of ammo. After 7 moves the Poles had lost only 10 out of their Battle Rating of 34, whereas the Germans had lost 25 out of 39. One does, of course, prefer to see one side or the other winning due to better tactics rather than luck, but in a solo game the intervention of fate and an unexpected surprise or two are fun.

Using a deeper table meant the opposing forces took longer to engage, and this slowed the game down. The original 6' x 4' size used by Steve will work better. However, the points system proved itself by producing 2 very well matched opponents, giving both sides a good chance of winning.

When I first started playing BGB I ignored the ammo rules for simplicity, but have now started using them. I don't, however, distinguish between HE and AP - this is just a bit too fiddly for me. Using the ammo rules does bring a new dimension into the game - with the Vickers tanks only having 5 rounds and the Panzer 38(t)s only having 7, re-supply becomes a really important part of your tactics. In fact, I quickly realised I should have gone for at least 2 re-supply trucks per side.

Playing the game after a bit of a hiatus reminded me of just how simple the basic mechanisms are. With a modest game like this (and 2 players), quick and fun games result where you can concentrate on your tactics rather than constantly worrying about the rules. The number of possible special rules for each period or campaign does tend to blur the picture somewhat, particularly in bigger games, but I think it is my inexperience with the rules that is really causing the odd mistake. Using these rules regularly should produce a lot of good games.

A couple of house rules for the record. The woods on the Polish left were obviously intended to be more open, so I have the following rules for Open Woods. Movement is only reduced by a D3 rather than a D6, and line of sight is not blocked at all. However, all units in open woods count as obscured. I also tweaked the rules for air strikes - the supplement (p.14) reduces the chance of Polish aircraft arriving to a roll of 6 only, but in game terms this makes air activity too unlikely for my taste. I prefer to keep the Polish roll at 5+, but increase the German roll to 4+ to represent their air advantage.

I'm definitely planning more BGB games. In fact, Mr Jones has another tempting scenario out in MW393, so it's time to re-commence the enjoyable process of planning terrain and forces.

Great stuff and thanks for sharing! I'm hoping to get my "man loft" organized enough to enable setting up some solo stuff between the seemingly rare face-to-face games. Maybe play by Skype...lol.

Can't seem to generate much interest in the rules at our club and so I'll certainly have a bash at a solo game like this one. Takes me back to the Airfix era!

Great game- nice to see the Polish campaign being gamed.

A fine, brisk little game. A word on re-supply vehicles. In order to resupply armour, it really has to be pulled out of the battle line to bomb up.

I mention this on account of an incident using 'ammo' rules in a Panzer Marsch pick-up game about 10 years ago. I was observing, not playing. In this game, both sides were using german equipment. I supposed one side were Bulgarians or something. But this battle became famous for the 'Four tanks with one shot' incident. The gun shot was PaK40 AT, the tanks; King Tigers.

During the Game the Germans had been getting somewhat the better of it, but the King Tigers' ammo had become seriously depleted. Overconfident, their commander ordered up the ammo vehicle near a farm, where the tanks grouped around it to replenish. All this took place under the eye of a distant PaK40, which loosed of a longish range shot at the ammo truck.

We sure lord found out what would happen if the truck was hit and destroyed. Average luck might have saved one tank, but, nope, not this time. All four King Tigers burning wrecks with one shot. Lesson learned.

Sounds like a great game Keith. I agree with Archduke Piccolo on the re-supply issue. From all that I've read the tank units withdrew to the rear echelons to re-supply, as it took so long and was generally away from direct enemy fire. Maybe you could have the tank unit withdraw off the table for one turn to re-supply? Not sure if this would work with these rules?

Steve, Archduke - I agree, the same thing had occurred to me. I think BGB is very much a 'game', and rules like the re-supply rule are there to add game interest and to make it worthwhile for gamers to model the appropriate vehicles and figures.

If there is an 'answer' to this, I would say it would be to make a destroyed ammo re-supply vehicle cause a significant explosion likely to affect surrounding units, as the Archduke's example suggests. So a tie-in with the indirect HE fire rules suggests itself.

Thanks for your input guys.

I think that would a be great idea, but you might have to do something to bolster the morale of the ammo truck drivers😀

Seriously though it would mean that AFVs would have to retreat to somewhere relatively safe to reload which would add a bit more fun to the game.

What size of explosion though?

My current idea is as follows:

Resupply Vehicle Destroyed
On a 3+, the ammunition on board explodes. If this occurs, infantry and softskin units up to 2” away receive a direct HE hit at 5/3+. Normal cover saves. Armoured vehicles up to 2” away take a hit against their side armour of value 3. All units 2” – 5” away take a pinning test as if under area fire from a medium gun.

The resupply vehicle is un-useable for the rest of the game whether or not it explodes. 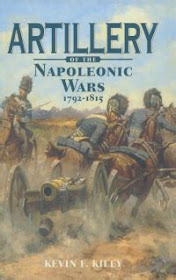