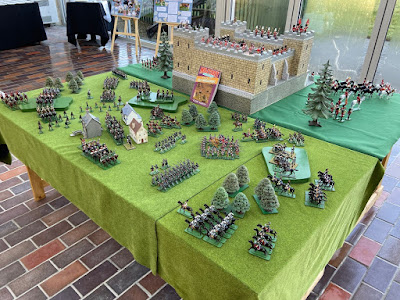 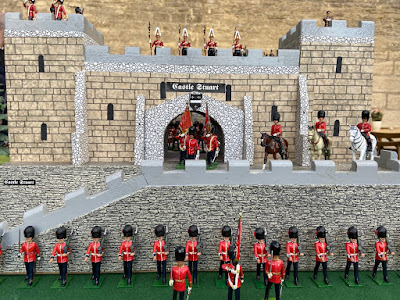 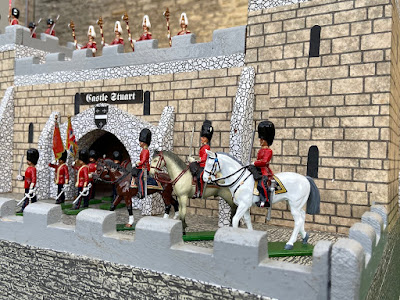 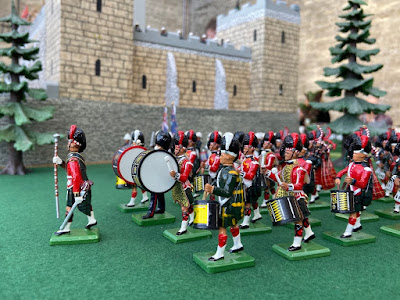 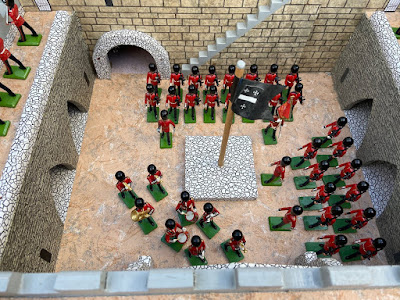 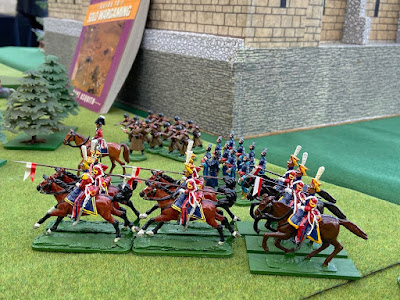 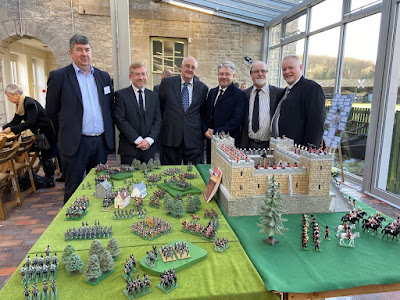 Left to right:
And so we went our separate ways, and the figures were tidied away. I was honoured to have been invited and to make some small contribution to the event. Stuart was a great inspiration to so many wargamers and a great ambassador of the hobby. He was also a great pleasure to know. He will be sorely missed.
Posted by Keith Flint at 22:09

Keith, once again, thank you for your kind words and help yesterday. We did dad proud.

What a great tribute! And cake!
I do like the idea of celebrating a life (and mourning the loss).

Great tribute. Looks like you sent Stuart off in style.

A nice tribute to a much mourned loss to the hobby.

I'm glad the service was a fitting tribute to Stuart and a celebration of a life well lived. A touching tribute to have his wonderful looking figures on display at the wake. Gone but not forgotten.

Fitting tribute to your fallen friend.

Thanks for posting this Keith. If my friends gather when my time comes, I hope there will be some smiles and good memories for them to share.

Sounds like a very fitting wake. His memory and legacy will live on.

Thank you for sharing the pictures.
I never met Mr. Asquith (I live in Belgium), only own a few books of him, which I like a lot.